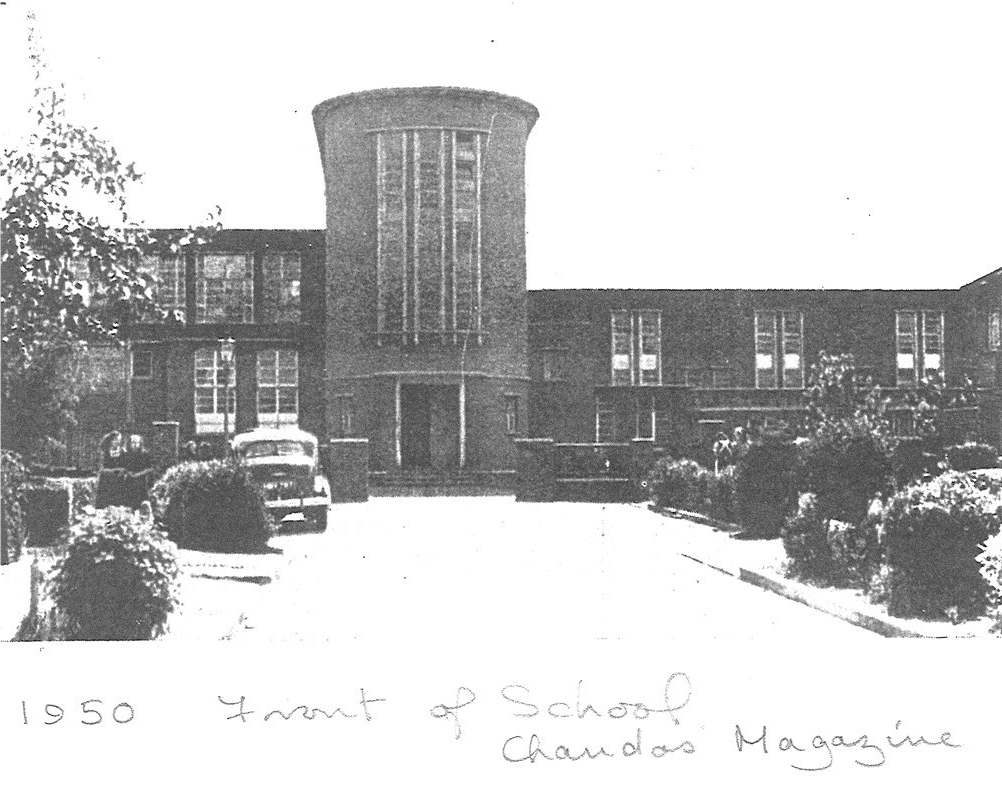 Park High School opened 29th August 1939. Originally as two schools Chandos Girls School and Chandos Boys School. Both Schools closed shortly after, as on 3rd September 1939 Prime Minister Chamberlain declared war on Germany and it was announced: "all schools should be closed until further notice".

On 23rd October 1939 the school was operational once more. On the reopening of the school student numbers were limited until adequate protection could be provided.  The Anderson shelters were built which now resides under the ‘grassy knoll’ beside the English block; These were concrete shelters five or six steps below ground level, each shelter holding two classes and two teachers. As raids became more frequent more lessons were delivered by the teachers in the shelters, using the back of the toilet doors as a blackboard.

Chandos Girls School and Chandos Boys School continued to coincide and provide education until 1974 when they were amalgamated and became Park High School.

In 2007 we welcomed our first sixth formers in a Harrow school’s response to the movement of post 16 young people out of Harrow.

In 2010 Harrow our first cohort of year 7 students arrived as Harrow joined other boroughs nationally in removing middle schools from the system.

In August 2011 Park High converted to an Academy status.