Park High School opened 29th August 1939. Originally as two schools Chandos Girls School and Chandos Boys School. Both Schools closed shortly after, as on 3rd September 1939 Prime Minister Chamberlain declared war on Germany and it was announced: "All schools should be closed until further notice".

On 23rd October 1939 the school was operational once more. On the reopening of the school student numbers were limited until adequate protection could be provided.  The Anderson shelters were built which now resides under the ‘grassy knoll’ beside the English block. These were concrete shelters five or six steps below ground level, each shelter holding two classes and two teachers. As raids became more frequent more lessons were delivered by the teachers in the shelters, using the back of the toilet doors as a blackboard.Chandos Girls School and Chandos Boys School continued to coincide and provide education until 1974 when they were amalgamated and became Park High School.

In 2007 we welcomed our first sixth formers in a Harrow school’s response to the movement of post 16 young people out of Harrow. In 2010 Harrow our first cohort of year 7 students arrived as Harrow joined other boroughs nationally in removing middle schools from the system. In August 2011 Park High converted to an Academy status. 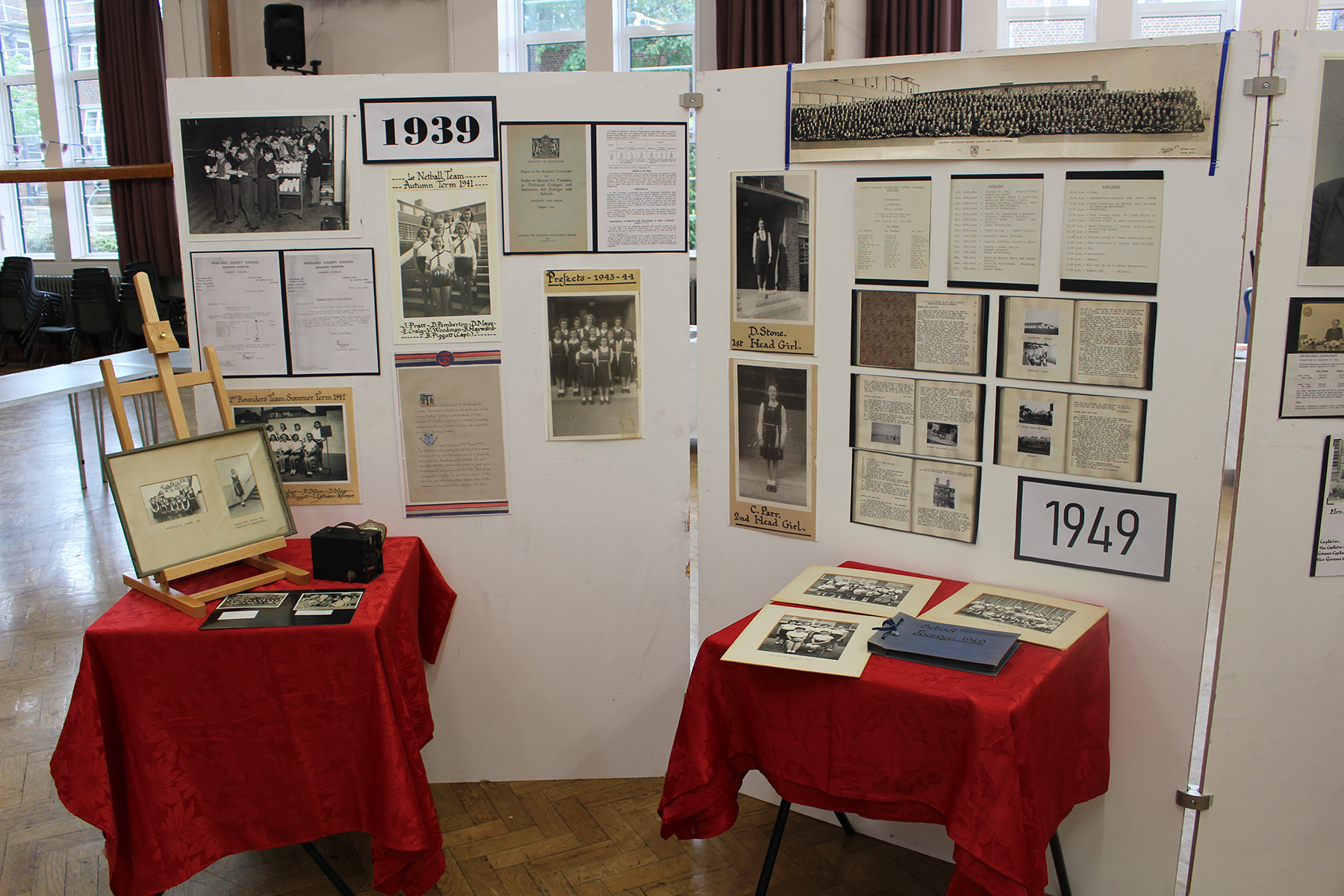 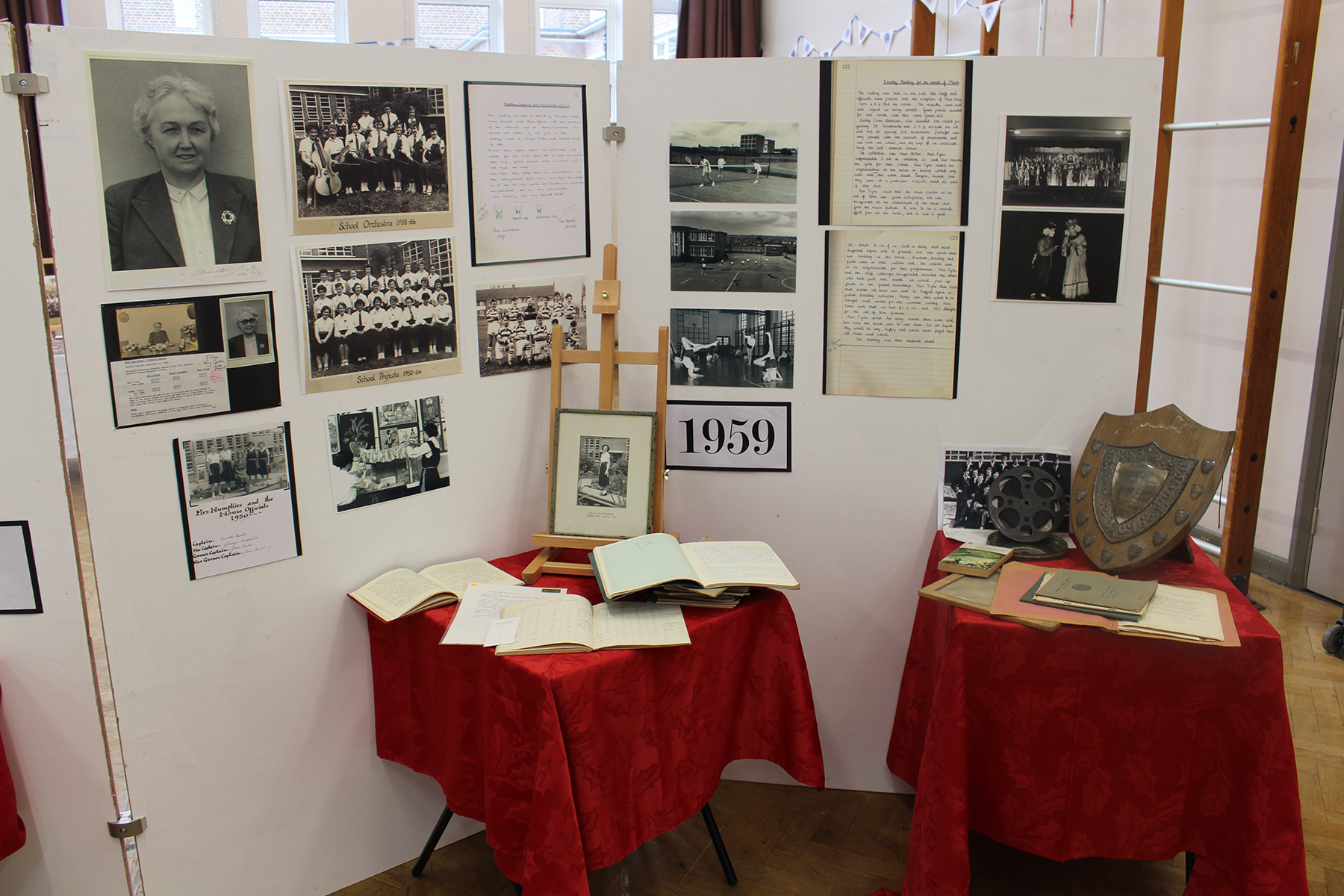 On Thursday the 10th of October 2019 we held an Archive Exhibition displaying photos and artefacts over the decades.We opened our doors to over 70 Alumni for Afternoon Tea, we had a prosecco reception, looked through our exhibition and shared stories and fond memories from past students and teachers. 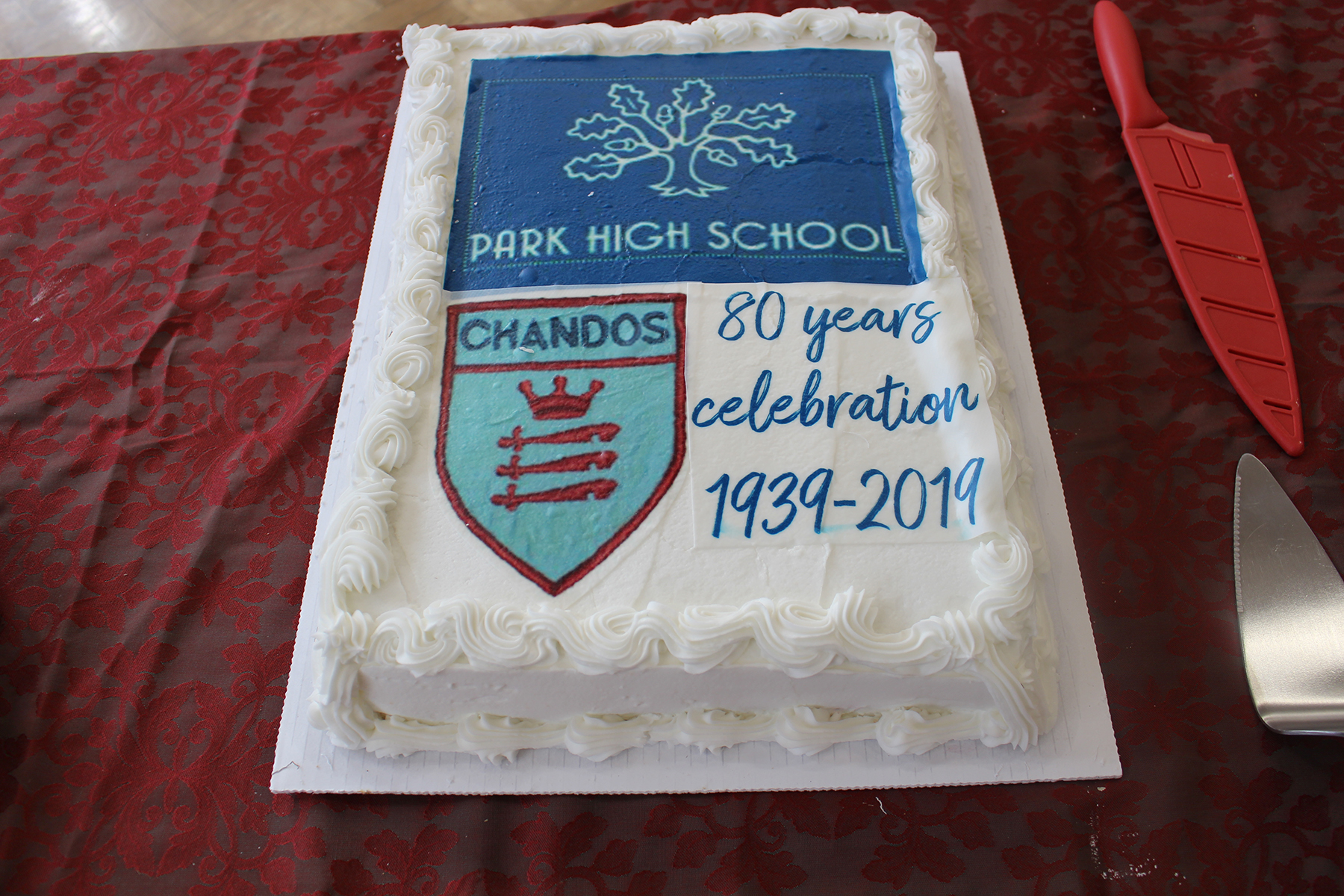 There was a welcome speech from our Head Teacher Mrs. Colette O’Dwyer who gave a brief History of the school. Our Students and Staff served tea to our Alumni while sharing their experiences of studying and working at the school over the years.

The evening had many performances from our current students including a performance from our Drama students about ‘Britain’s declaration of war on Germany’, Music from our school choir who sang songs from the 1940s and beautiful background music provided by our Alumni students at our drinks reception.

We wish to thank Brian Speight (54 club) and colleagues for his wonderful speech and for sharing wonderful anecdotes from their time at Park High School.

Our Head Prefects Alesia and Khushal gave an informative speech on ‘What life as a Park High School student is like today’.

We like to thank the amazing Lindy hop dancers to brought the evening to a memorable close with all members of the staff, students past and present danced the evening away. 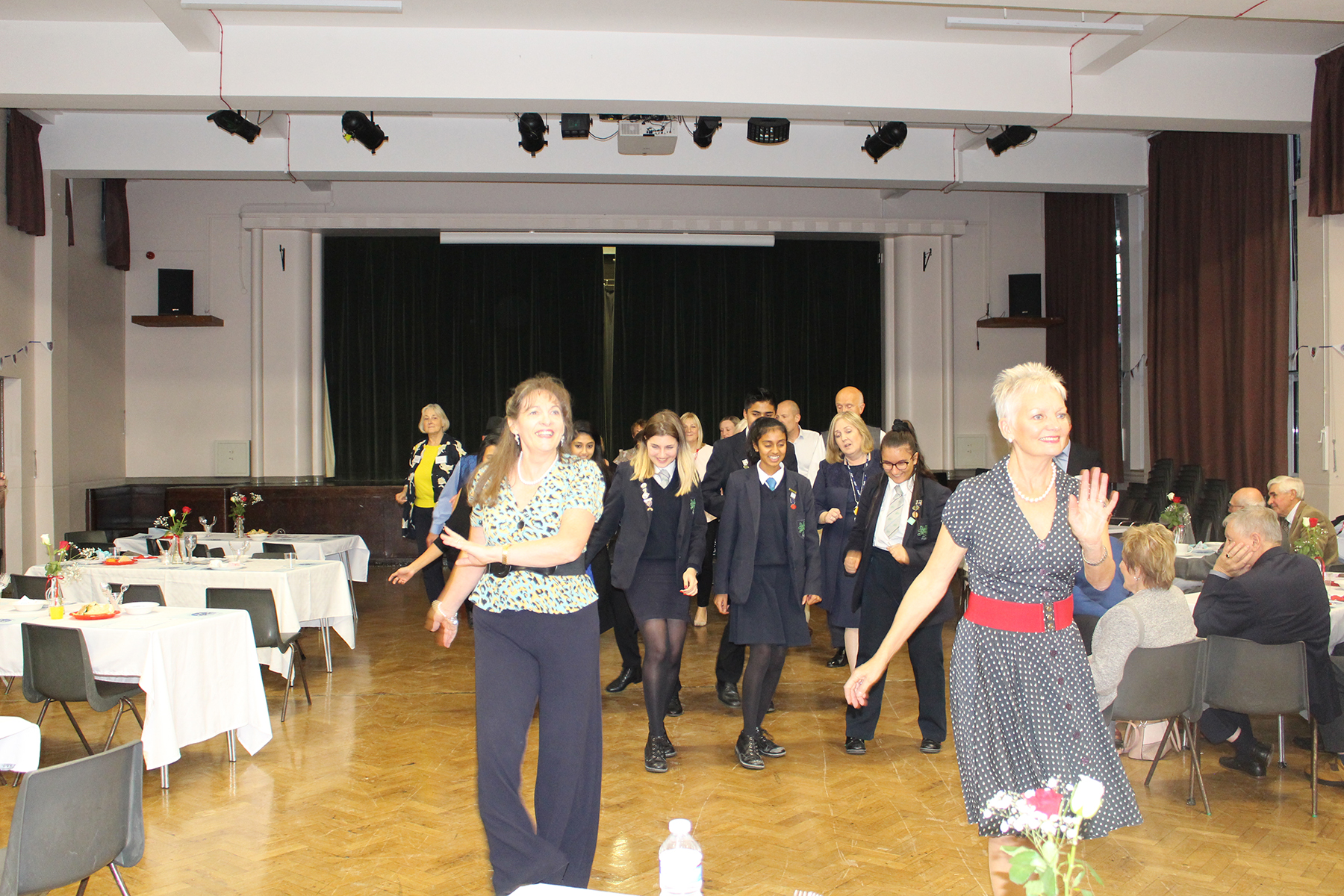 On Friday 11th October the whole school celebrated ‘A day in the life of a Chandos student’. Students where taught about the History of Park High school in tutor time and were transported back in time by experiencing lessons from the 1940s across the curriculum.

The Mayor of Harrow arrived and visited our Archive exhibition before taking a tour of the school and visiting lessons from the 1940’s. He helped us mark the occasion by planting a new Cherry Tree on the ‘grassy knoll’ to commemorate the school’s 80th anniversary. He congratulated the dedication of the teaching staff and the politeness of our students. 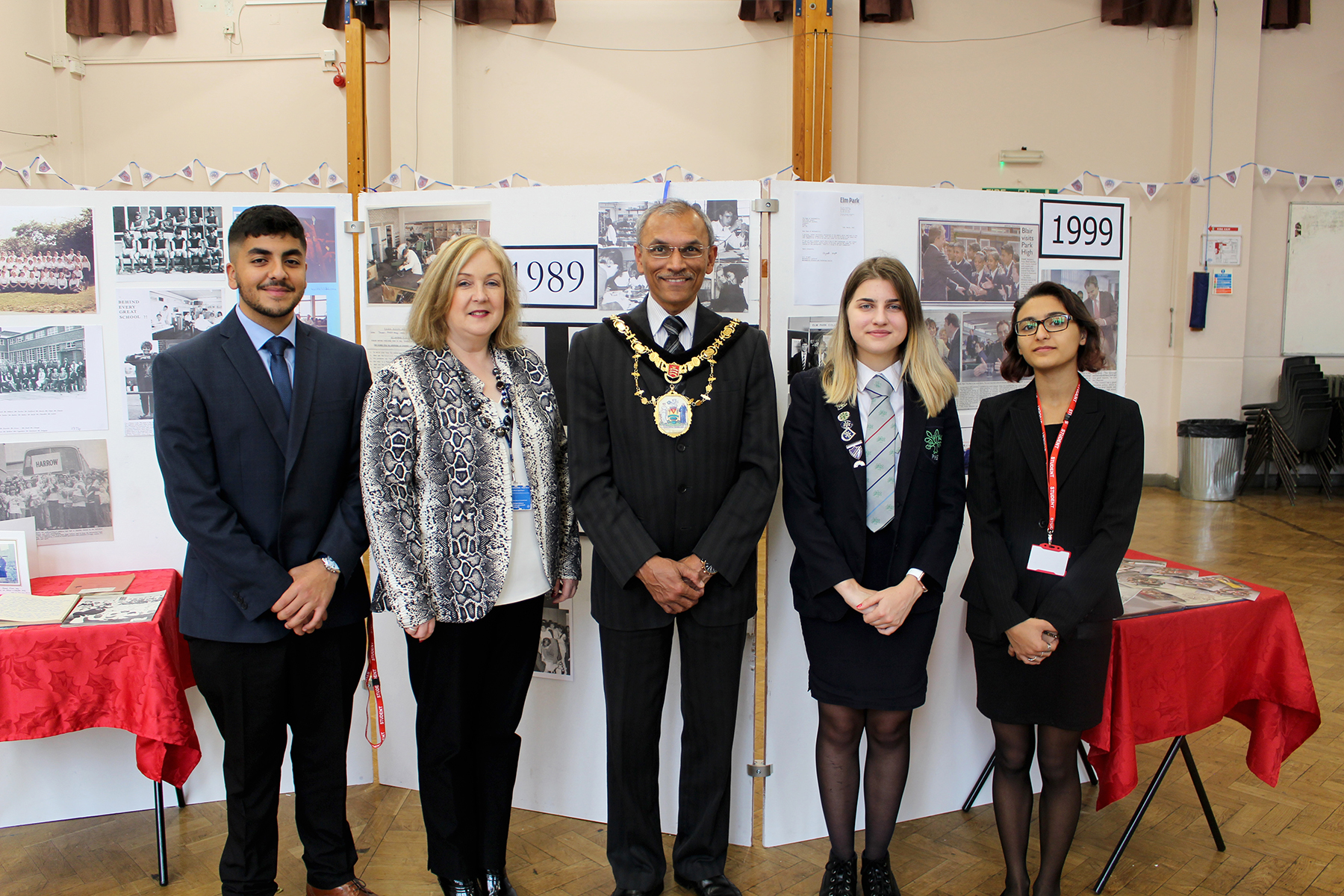 Finally we had our tree planting ceremony to mark the 80th anniversary. 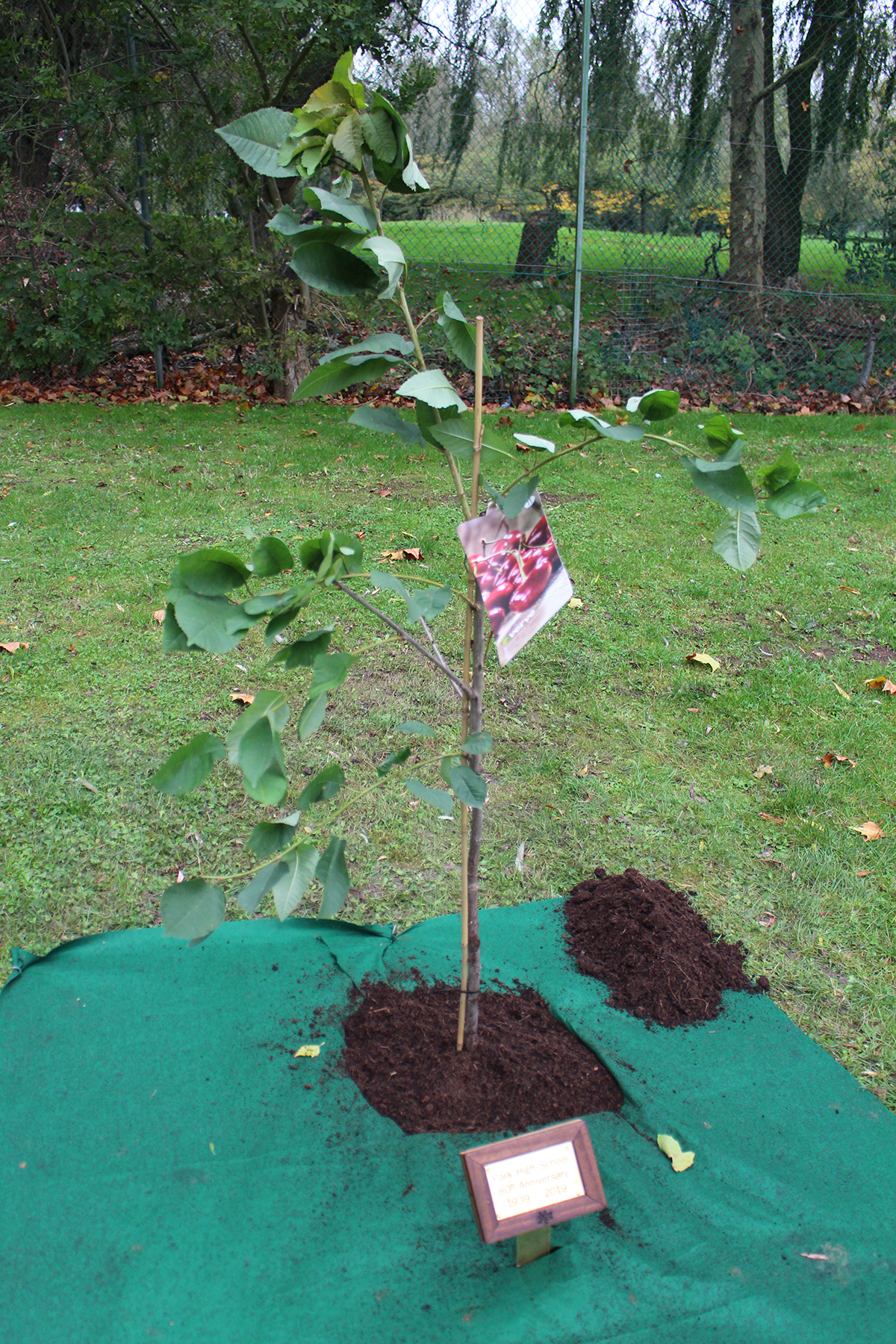 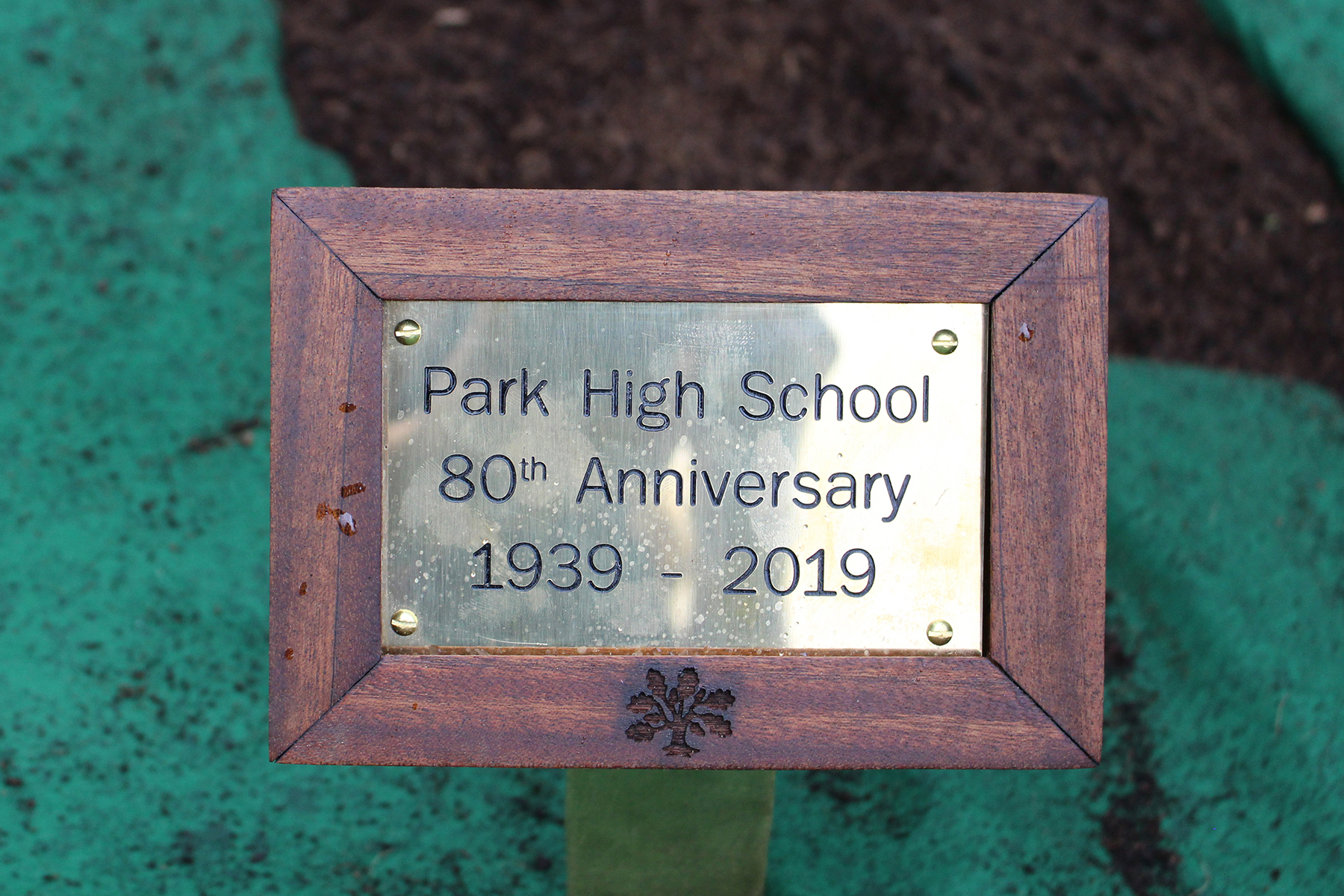 A huge thank you to Mrs Harris and Mrs Lambert for organising the week of celebrations and to all the students and staff who helped out or took part, and of course the alumni for coming back to celebrate with us and share your wonderful experiences here at Park, here's to many more years of Park High School.