On Thursday 14th November 22 of our Year 13 students attended the England vs Montenegro European Qualifier for UEFA Euro 2020 at Wembley stadium.

This academic year we have introduced a Privilege pass system into the Sixth Form. This is a positive, whole Sixth Form approach to raising attendance, punctuality, engagement, attainment and homework which also looks to cultivate life skills, provides pastoral support and promotes academic excellence. We have three levels of privilege pass; Gold, Silver, and Bronze. The students were chosen as they had moved into one of our privilege pass levels following the first Progress Check of Year 13.  To have entered onto the system at this point means they have clearly had an exemplary start to Year 13 and are demonstrating the mindset and attitude required to flourish at Sixth Form. As recognition for their hard work they received a reward trip to the England football team’s 1000th International at Wembley and their final European Qualifying match for UEFA Euro 2020.

In the first half of the game the first goal was scored by Alex Oxlade-Chamberlain, followed by 2 more by Harry Kane and another by Marcus Rashford, then Harry Kane secured a hat-trick before half time. This was proving to be an exciting match for England, the score was already 5-0 by half time. 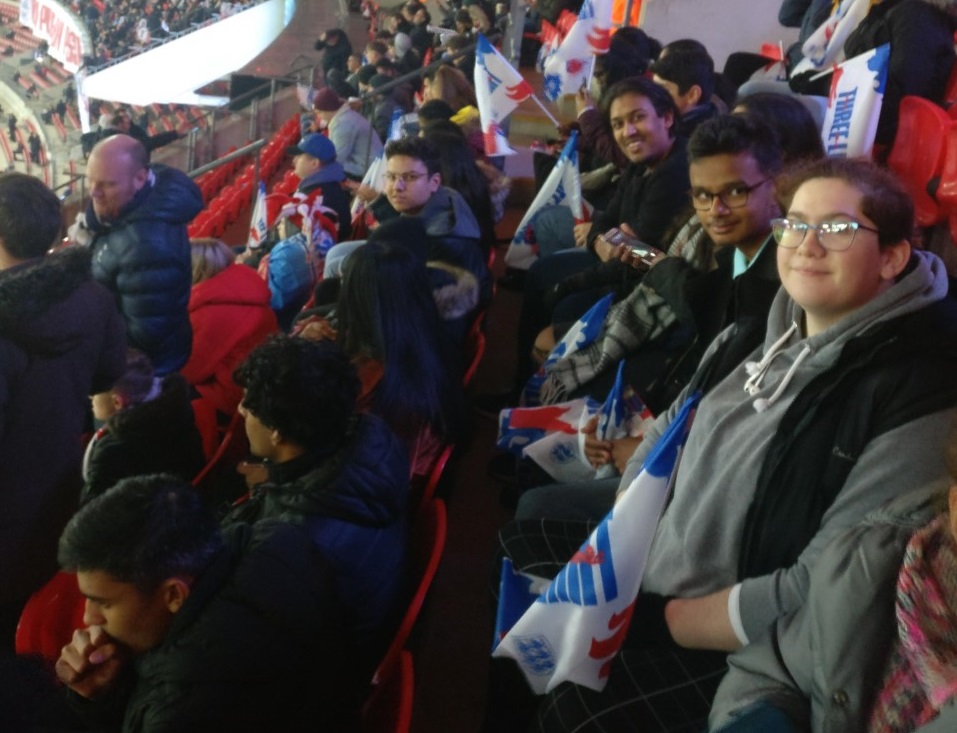 In the second half of the match a fourth goal by Harry Kane was disallowed. There was an own goal by Aleksandar Sofranac's and also a first England goal for Tammy Abraham, and a debut at last for James Maddison.

This is the first time since 1987 that England have scored more than six goals. The Game ended 7-0 meaning England have secured an automatic qualification for next summer's tournament Euro 2020 finals, with their youngest England side in 60 years.

Our Year 13's really enjoyed the game. Well done to them for making such great progress and really embracing their education, keep up the good work. Thank you to Ms Barker, Mrs Kothari and Mr Samuels for organising the Trip.