In the week of Monday 2nd March, Park High was lucky enough to receive 10 tickets, for eight students and two members of staff, to join her majesty the Queen - head of the Commonwealth - and the royal family at the Commonwealth Service 2020 on Monday 9th March.

The Service took place inside Westminster Abbey in central London; a historic site for royal coronations and burials. It is a celebration of the Commonwealth’s 54 countries and 2.4 billion people; the largest annual multicultural, multi-faith gathering in the UK. Involved in the event is a mixture of testimonies, readings, hymns, and musical performances, all based around a theme. 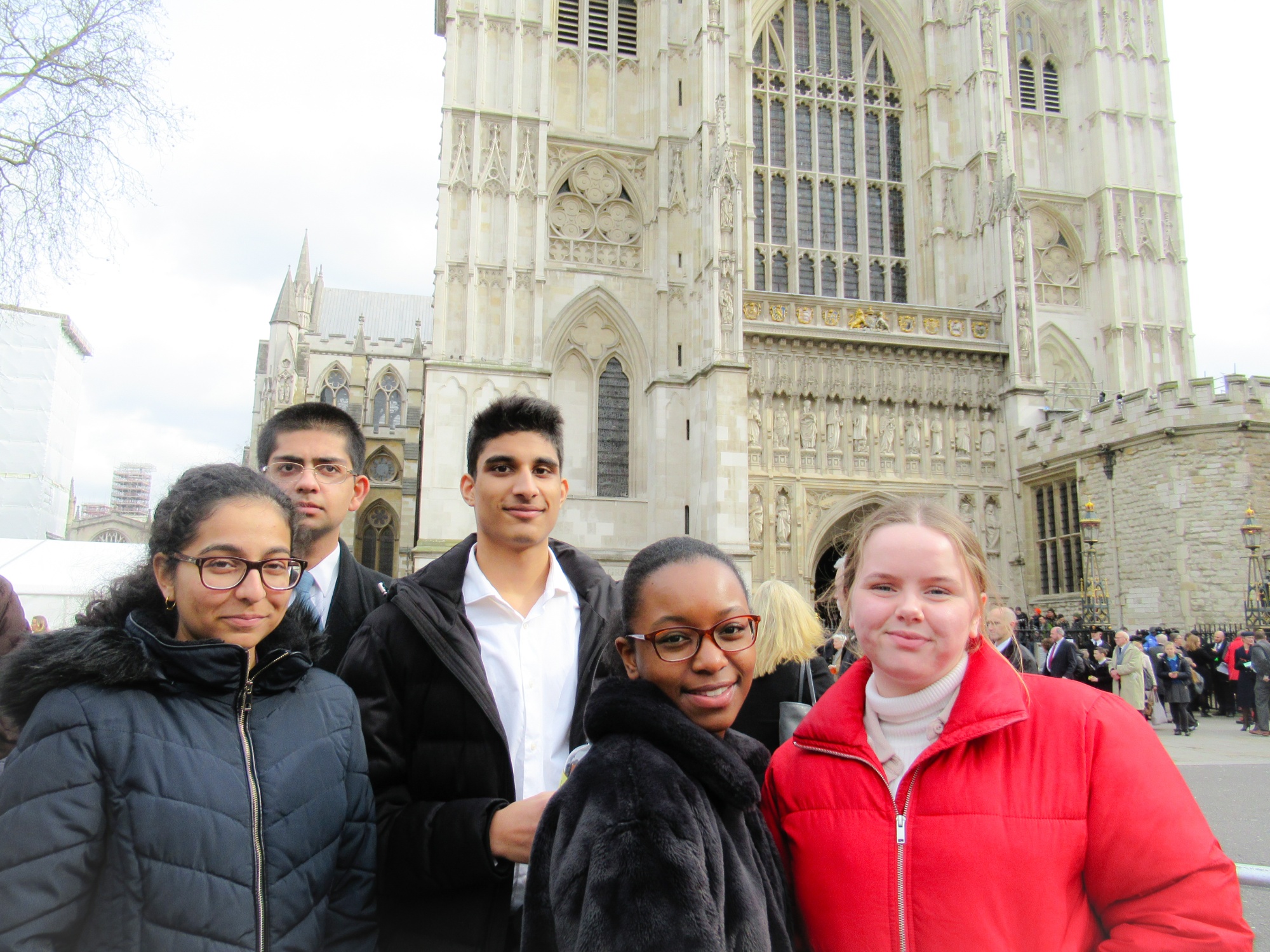 This year, the theme was ‘Delivering a common future’, highlighting how the 54 countries in the Commonwealth family are 'innovating, connecting and transforming' to help achieve some of its biggest goals like protecting natural resources and boosting trade. Her majesty the Queen quoted “On Commonwealth occasions, it is always inspiring to be reminded of the diversity of the people and countries that make up our worldwide family”. 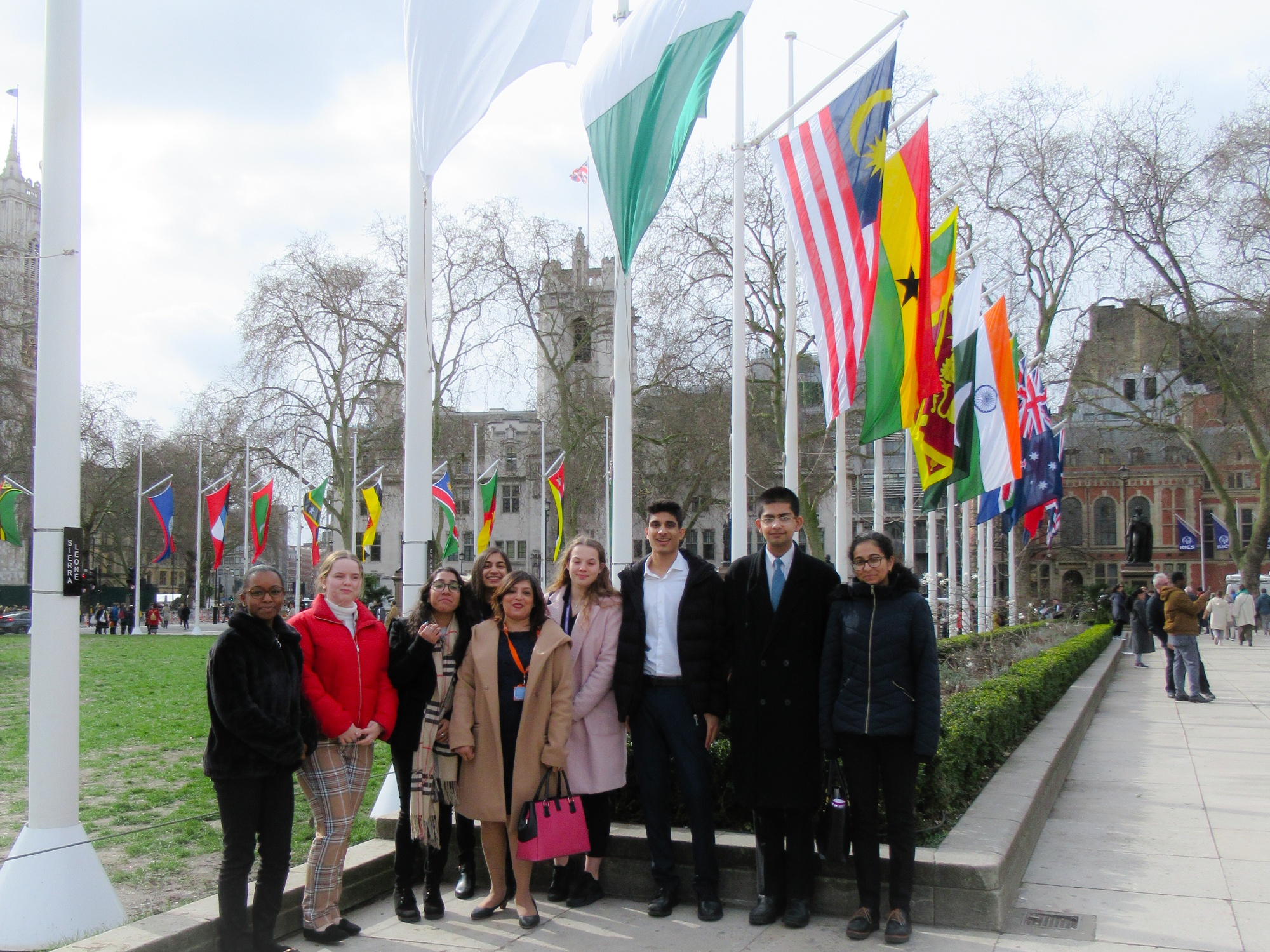 World heavyweight champion boxer Anthony Joshua, born in Watford, spoke about his Nigerian heritage and how he is proud to be British having lived here all his life. Despite being one of the greatest sportsmen the UK has produced, selling out stadiums and fighting worldwide, he remained humble and promoted working until you achieve your best.

A passage from the Bible about the Samaritan was read by Prime Minister, Boris Johnson, encouraging us to give to and help others regardless of race, religion or background.

London-based, English spoken word poet, Suli Breaks read an inspiring poem. Having an idea is a gift and not grasping it would be a crime. Suli would love it if he manages to urge a generation of children to aspire towards greater heights, despite personal circumstance.

We all grew increasingly exhilarated as we watched a live performance from Brit Nominee Alexandra Burke singing ‘Ain’t No Mountain’ while she stood just 10 feet from our seats. Multi-platinum award holder, and multiple BRIT Award and Grammy Nominee Craig David also performed live at the event, singing a beautiful song from his album, ‘Unbelievable’. 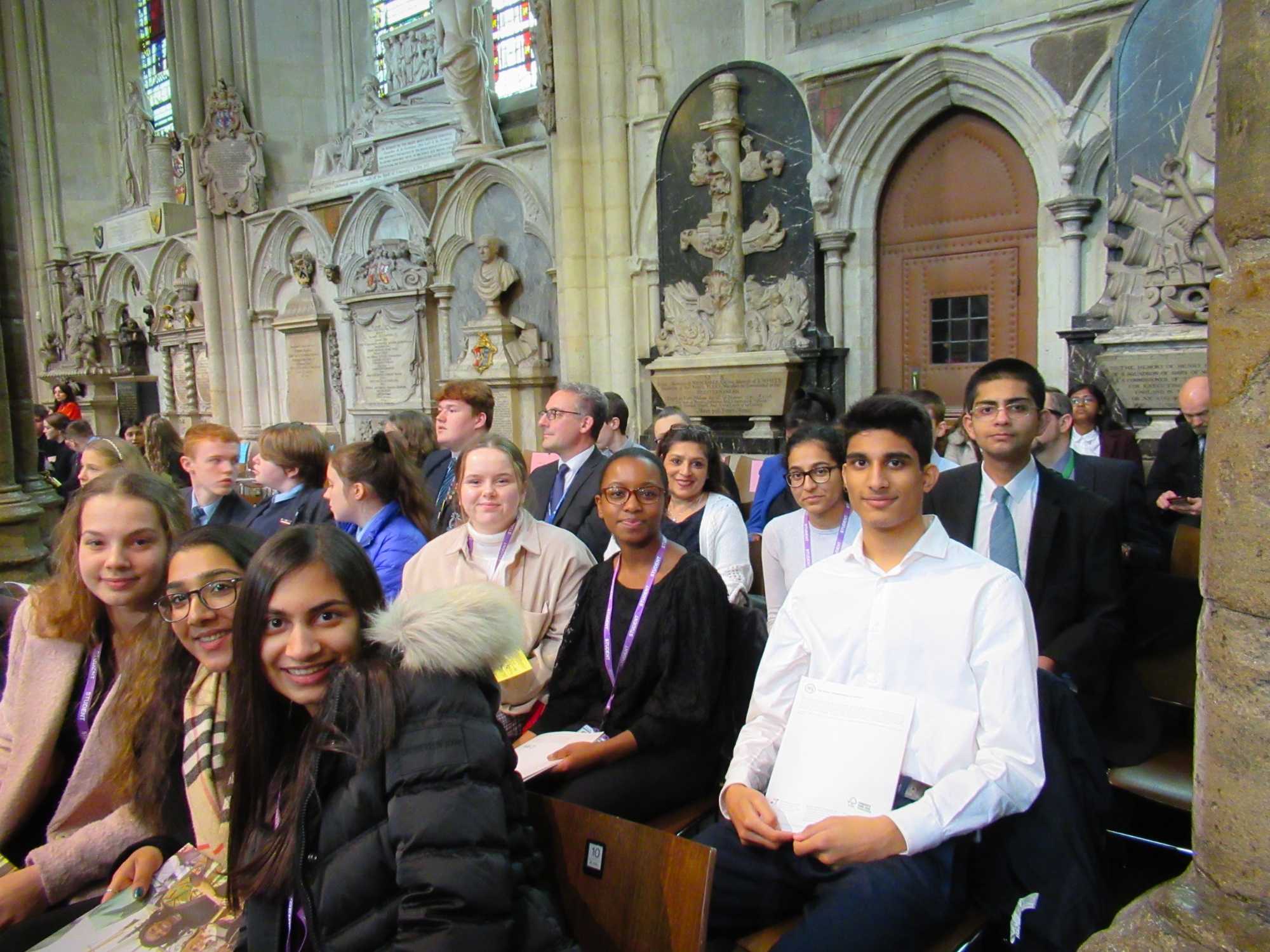 Since 1868, The Royal Commonwealth Society has been committed to improving the lives and prospects of Commonwealth citizens across the world. Through youth empowerment, education and high-level advocacy, the Society champions literacy, equality and inclusion, the environment and connected communities across the 54 Commonwealth Nations, from the UK, to Cyprus, India, Jamaica, Malaysia, Kenya, Canada and many, many more.

We, as students, were incredibly lucky to be chosen to participate as eight of only 2000 guests from all over the UK in such an inspiring and compelling event, just one train ride from our school.